Today I was fortunate to spend a couple of hours with a group of like-minded individuals working to find our way through the task of transforming Colorado's emergency management system from bureaucracy to complex adaptive system. When completed, the group will make formal recommendations to the State regarding what action to take. The second meeting on many more, the group had already made significant progress.

The meeting today was largely centered on gathering information to map the present disposition of the emergency management system across the state. This materialized as a series of questions that might be asked in a survey and distributed around Colorado. I contributed by bringing into question the nature of constraints and proposing that we figure out what type of system emergency managers around the state are presently utilizing. The following excerpt from Cilliers (2010) offers a clear connection between constraints and system types:

A system does not have the capacity to be complex just because it is multidimensional or has many degrees of freedom. Complexity does not arise as a result of chaotic free-play within infinite possibilities. Complex systems have structure. It is the structure of a complex system which enables it to behave in complex ways. If there is too little structure, i.e. many degrees of freedom, the system can behave more freely, but this freedom leads to activities which are meaningless, random, or chaotic. The mere “capacity” of the system (i.e. the total amount of degrees of freedom available if the system was not restricted in any way) does not serve as a meaningful indicator of the complexity of the system. Complex behavior is only possible when the behavior of the system is constrained. On the other hand, a fully constrained system has no capacity for complex behavior either. This claim is not quite the same as saying that complexity exists somewhere on the edge between order and chaos. A wide range of structured systems displays complex behavior. Complexity is not simply a function of plentitude, but of interchange and relationships (Cilliers, 2010, p.9).

To evaluate constraints, I suggested we take advantage of pre-existing instruments made available in the work Caruana, Morris, and Vella (2007), I had previously used for my masters thesis:‌

Both scales provide an instrument for evaluating the degree to which a subject is constrained in daily professional life by driving at experience. From here, a "system type" can be derived using Cynefin, the work of Cilliers, or others. To me, this truly begins mapping the space and creates a defined point of origin for the transformation journey.

During the meeting I also had the opportunity to introduce the group to Cillliers' list of complex system characteristics to provide some more clarity and depth around how complex adaptive systems are understood.  In a recorded address, Cilliers explains that he finds the idea of definition to be inappropriate for complexity and instead prefers to provide a "network of notions" out of which an understanding of complexity can emerge. Having spent hours if not days looking through definitions of complexity Cilliers' "network of notions" resonates strongly with me and if I were to teach a class tomorrow, I would use the list of characteristics below. As they are useful, I thought it would be of benefit to share them here.

(i) Complex systems consist of a large number of elements. When the number is relatively small, the behaviour of the elements can often be given a formal description in conventional terms. However, when the number becomes sufficiently large, conventional means (e.g. a system of differential equations) not only become impractical, they also cease to assist in any understanding of the system.

(ii) A large number of elements are necessary, but not sufficient. The grains of sand on a beach do not interest us as a complex system. In order to constitute a complex system, the elements have to interact, and this interaction must be dynamic. A complex system changes with time. The interactions do not have to be physical; they can also be thought of as the transference of information.

(iii) The interaction is fairly rich, i.e. any element in the system influences, and is influenced by, quite a few other ones. The behaviour of the system, however, is not determined by the exact amount of interactions associated with specific elements. If there are enough elements in the system (of which some are redundant), a number of sparsely connected elements can perform the same function as that of one richly connected element.

(iv) The interactions themselves have a number of important characteristics. Firstly, the interactions are non-linear. A large system of linear elements can usually be collapsed into an equivalent system that is very much smaller. Non-linearity also guarantees that small causes can have large results, and vice versa. It is a precondition for complexity.

(v) The interactions usually have a fairly short range, i.e. information is received primarily from immediate neighbours. Long-range interaction is not impossible, but practical constraints usually force this consideration. This does not preclude wide-ranging influence—since the interaction is rich, the route from one element to any other can usually be covered in a few steps. As a result, the influence gets modulated along the way. It can be enhanced, suppressed or altered in a number of ways.

(vi) There are loops in the interactions. The effect of any activity can feed back onto itself, sometimes directly, sometimes after a number of intervening stages. This feedback can be positive (enhancing, stimulating) or negative (detracting, inhibiting). Both kinds are necessary. The technical term for this aspect of a complex system is recurrency. (vii) Complex systems are usually open systems, i.e. they interact with their environment. As a matter of fact, it is often difficult to define the border of a complex system. Instead of being a characteristic of the system itself, the scope of the system is usually determined by the purpose of the description of the system, and is thus often influenced by the position of the observer. This  process is called framing. Closed systems are usually merely complicated.

(viii) Complex systems operate under conditions far from equilibrium. There has to be a constant flow of energy to maintain the organisation of the system and to ensure its survival. Equilibrium is another word for death.

(ix) Complex systems have a history. Not only do they evolve through time, but their past is co-responsible for their present behaviour. Any analysis of a complex system that ignores the dimension of time is incomplete, or at most a synchronic snapshot of a diachronic process.

What will be described in the section on self-organisation (Chapter 6) is a process whereby a system can develop a complex structure from fairly unstructured beginnings. This process changes the relationships between the distributed elements of the system under influence of both the external environment and the history of the system. Since the system has to cope with unpredictable changes in the environment, the development of the structure cannot be contained in a rigid programme that controls the behaviour of the system. The system must be ‘plastic’.

x) Each element in the system is ignorant of the behaviour of the system as a whole, it responds only to information that is available to it locally. This point is vitally important. If each element ‘knew’ what was happening to the system as a whole, all of the complexity would have to be present in that element. This would either entail a physical impossibility in the sense that a single element does not have the necessary capacity, or constitute a metaphysical move in the sense that ‘consciousness’ of the whole is contained in one particular unit. Add to definition: Complexity is the result of a rich interaction of simple elements that only respond to the limited information each of them are presented with. When we look at the behaviour of a complex system as a whole, our focus shifts from the individual element in the system to the complex structure of the system. The complexity emerges as a result of the patterns of interaction between the elements.

I am eager to see how this project unfolds and honored to be a part of it. In particular, I am curios as to what level of interaction it will have with what people do. Intentional or not, ordered systems are a human creation as are the constraint systems from which a complex adaptive system can emerge. To me, this directs needed attention toward human actors in the system potentially in the form of courses or workshops. On the other hand, it may be possible to create proscriptive, enabling documents that help steer the creation of systems in a particular direction in an effect similar to Verbeek's (2006) technological mediation. Whatever the modality, it is my opinion the project will ultimately need to purposefully interface with the current practices of emergency managers in the process of moving from bureaucracy to complex adaptive system.

Caruana, A., Morris, M. H., & Vella, A. J. (1998). The effect of centralization and formalization on entrepreneurship in export firms. Journal of Small Business Management, 16-29.

Get the latest posts delivered right to your inbox

I just finished a proposal for a talk titled "Design Thinking for the End of the World" submitted to the 2020 Colorado Emergency Management Conference. 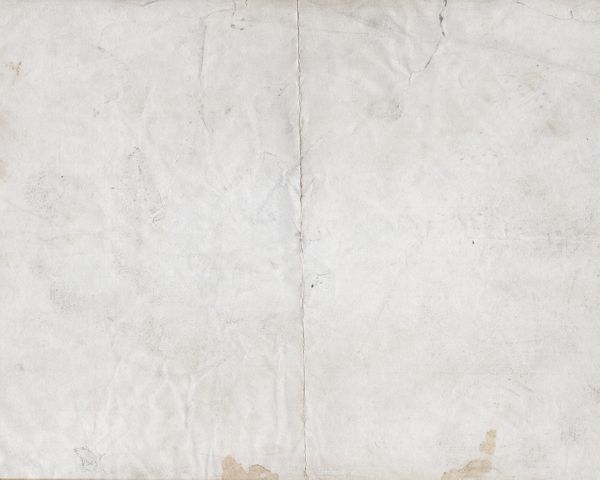 In part 1 design was presented a process of bringing something new into the world for the purpose of changing “existing situations into preferred ones." Here in part 2, this understanding will be expanded to include a concern for what the designer designs; the outcome of a design process.

Stay up to date! Get all the latest & greatest posts delivered straight to your inbox